Townscaper is an indie city builder video game. It was released for PC and Mac on the Steam platform in August 2021 by developer Oskar Stålberg. A port to the Nintendo Switch was released in August 2021, alongside which the Steam version left early access. The mobile version was released in October 2021. It was later ported to Xbox Series X/S, Xbox One and Web in December 2021. It features low poly graphics and a simple, minimalistic user interface. Townscaper has no inherent objective or story ...

It’s so cute. The little plop sounds are extremely satisfying. So are the colors.

There is no gameplay. You just hang out and plop blocks down and they poof into little houses with roofs and rounded corners and spires and bridges and arches and it’s so adorable.

Here’s what I just made after firing it up for the first time: 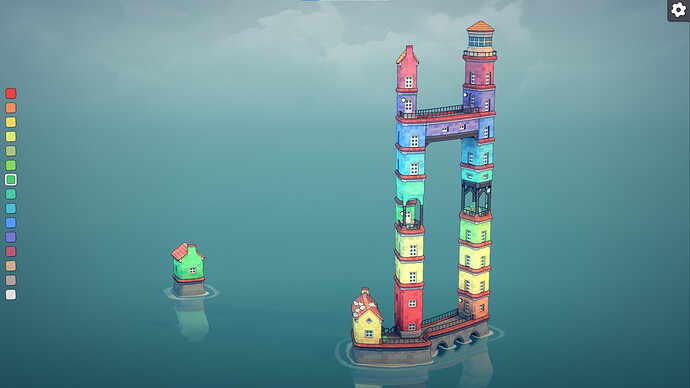 i decided i wanted a lot of weird bridges! 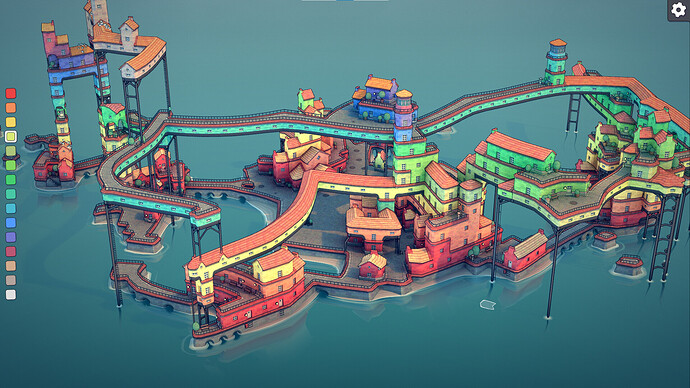 I’ll check it out on the Switch next year.

It looks really neat to produce cityscapes for other purposes, like fantastical locations for games, or digital tilt-shift-esque cityscapes…

I’ll check it out on the Switch next year.

It’s on Switch! And Clover created a few islands near each other, here is one: 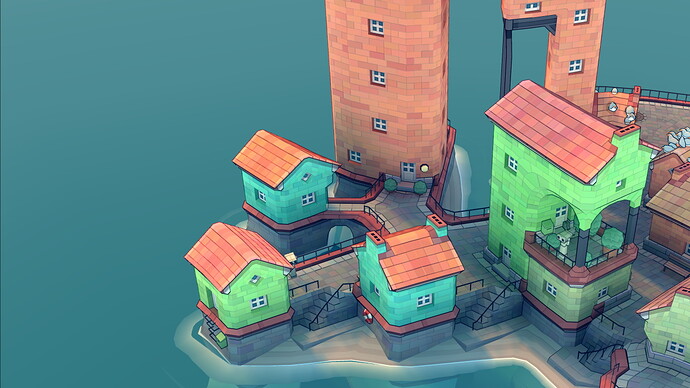