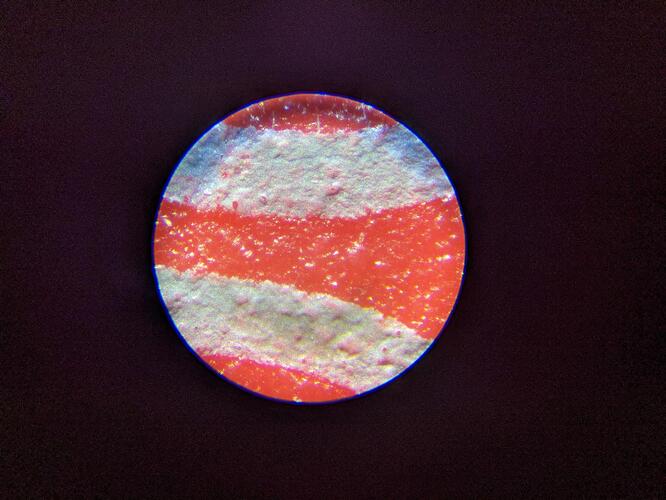 ((You are supposed to guess!))

And @susan can’t guess, because they were in the room, even though they probably already forgot…

The planet mars trying it’s hand at being a frisbee.

I totally thought that, too!

I also thought it looked like a plate made from an old Atari bannner. As if that were a thing…

Every couple of days I will “zoom out” (which actually requires multiple cameras).

Oh yeah, I can see how that would work. It isn’t, but I will make a note to microphoto a mint candy later, so we know it!

OMG, will we learn microtextures from this activity?!

I tried zooming out from 250x to 100x, and there wasn’t much difference, so instead I switched to a non-microsopic camera, and produced the next image… 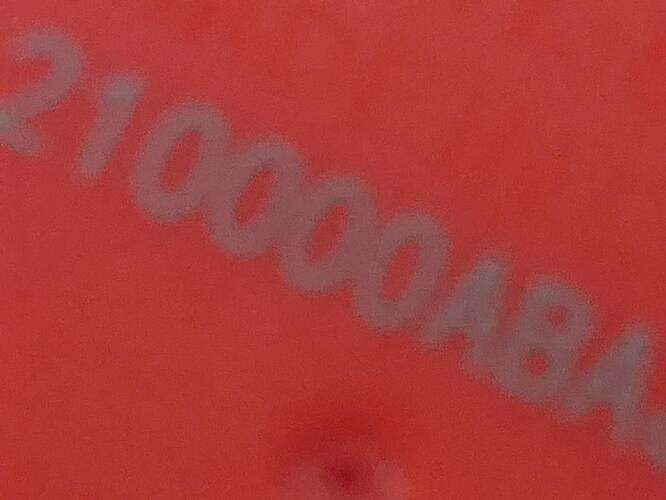 ((The lines were from two zeros next to each other!))

Here is the last zoom out photo: 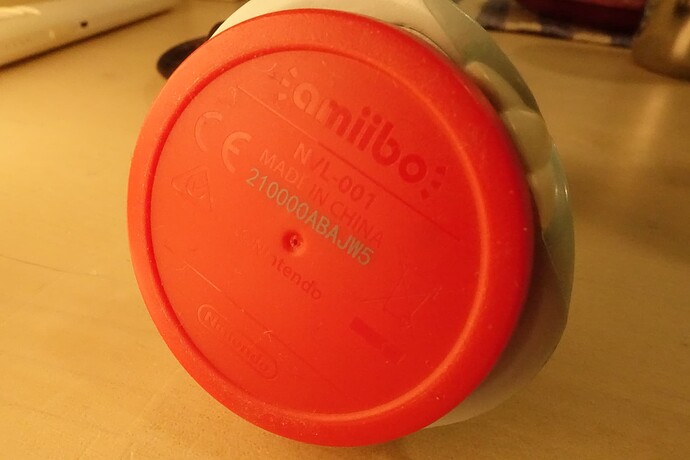 That’s right! It’s the base of an “amiibo”, a tiny Nintendo figure with a string of grey characters printed on the bottom; that lines in the microphoto are two zeros. 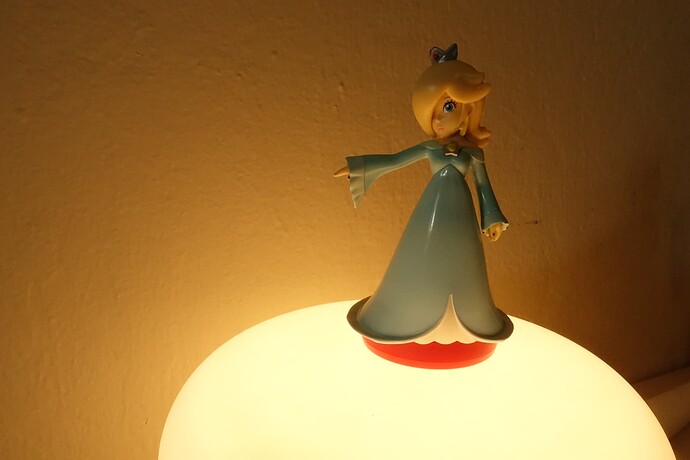 This base belongs to a Rosalina amiibo, one of Clover’s prized possessions.

I find it fascinating, and wonder if in time I may learn how microscopic materials look and begin to recognize them for what they are. In the meantime, let’s see what else I have to microphoto…