Last month we went to Joaquin Miller Park, in Oakland, California. If you’ve never seen or heard of it, it’s because it is a secret park gem for the rich people in the hills and people who enjoy driving cars to parks. We’ll get to that… 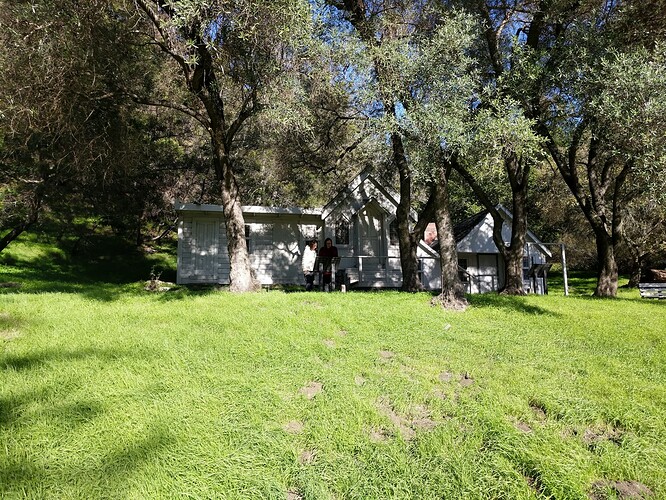 Clover and @susanmagnolia, in front of The Abbey, Miller’s residence. 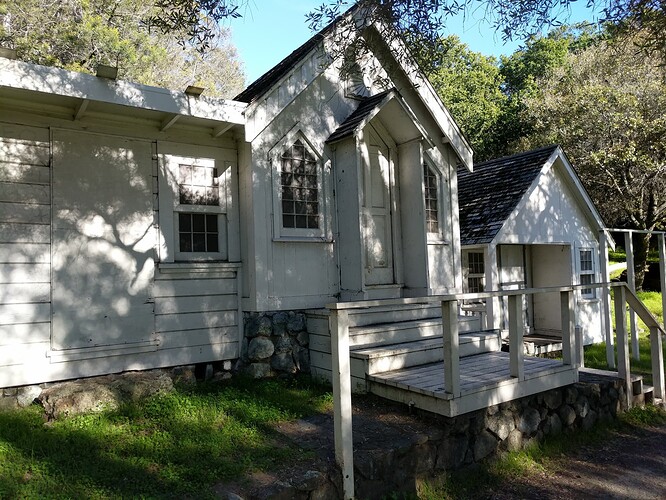 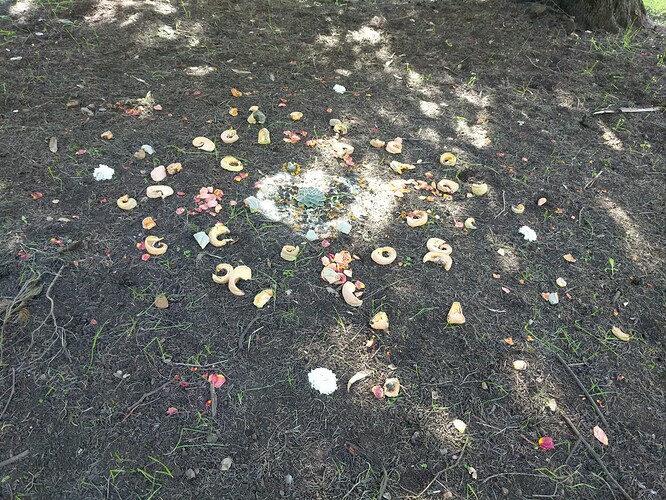 This is one of several food mandalas built upon the paths criss-crossing the park. My photo doesn’t show how pretty it was in it’s surroundings. 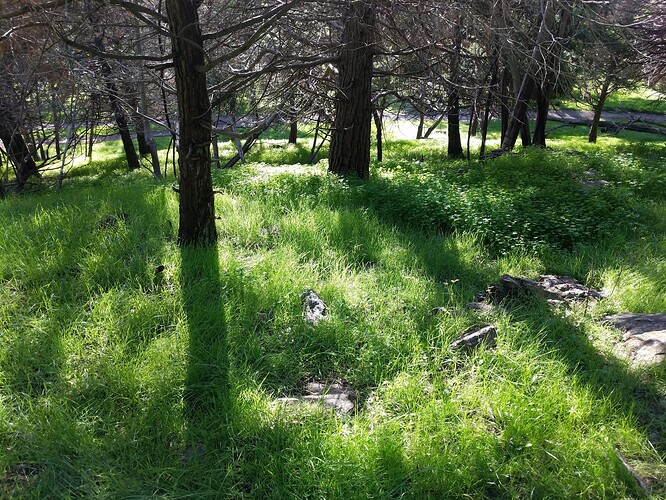 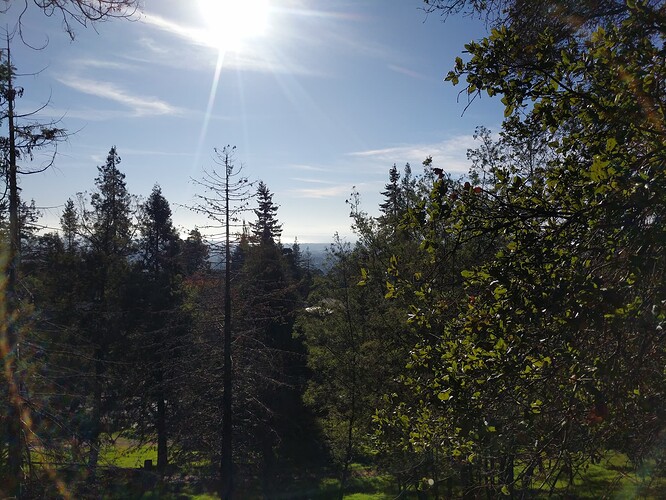 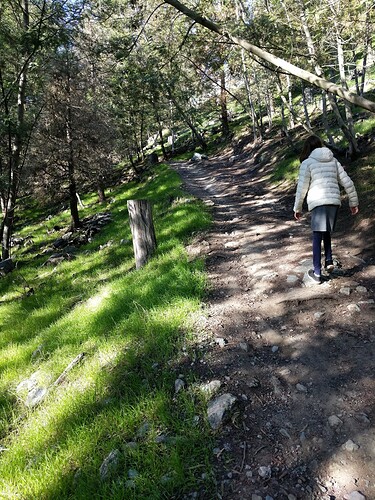 Clover led the way up the path… 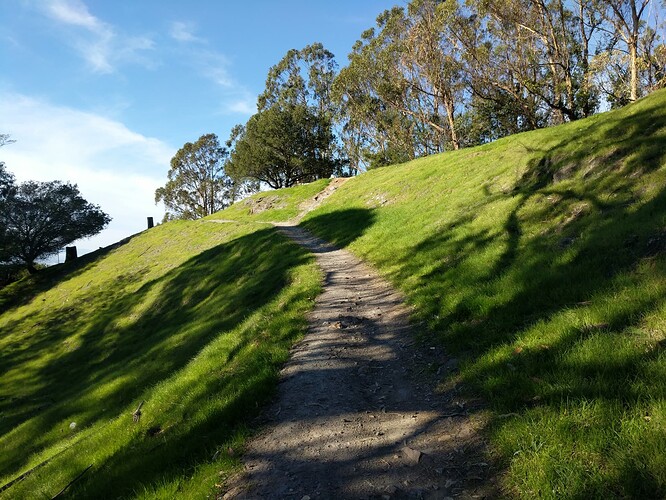 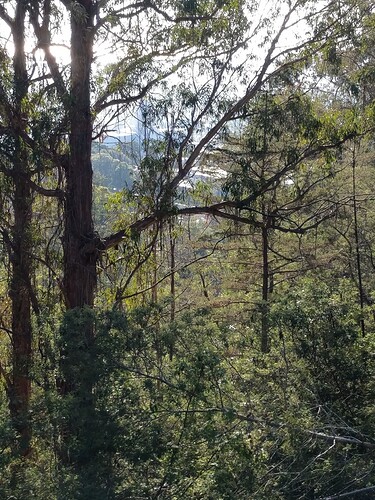 As we hiked one could spot the Oakland Temple through the trees, we were actually rising up above it as we walked. I took many photos of it through various trees, each different branch type casting the fantastic shape of the temple in a different genre of temple… 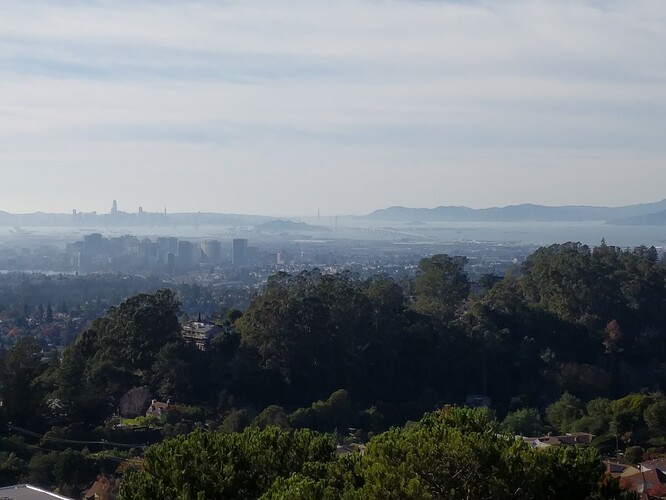 This hazy photo is so interesting because it contains:

And probably some other stuff I forgot! All from one viewpoint! 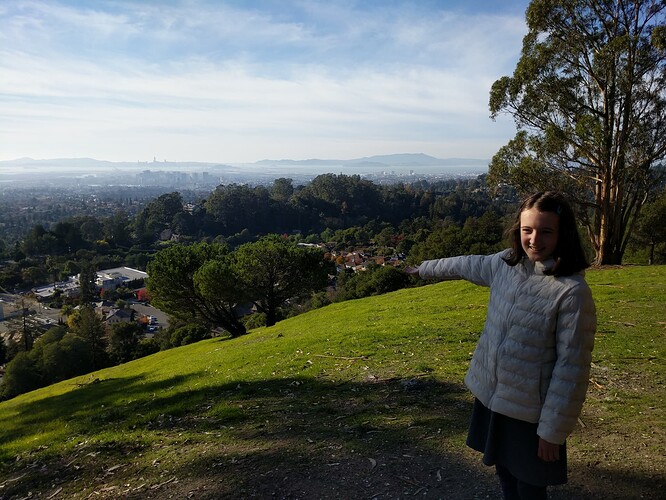 And Clover, to present it for you! 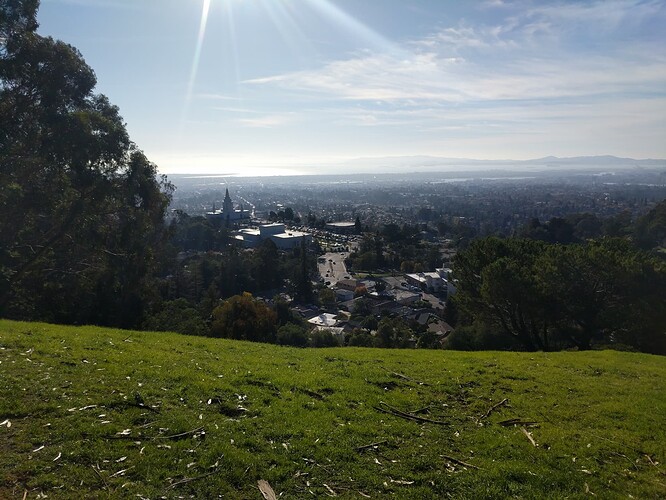 In relation to the Oakland Temple, we are up here… 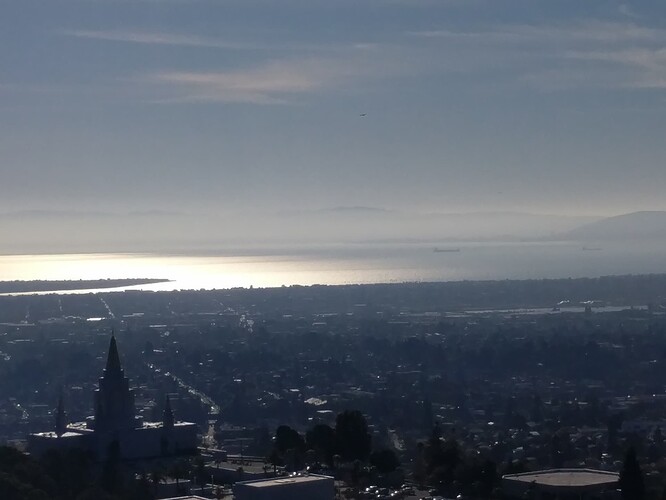 But here’s a better pic with less cars and more shimmering sea!

Then we walked down again, on a road, so it was more easy going but less interesting.